Moon Mutants is a zine set in a bizarre future iteration of the Moon (and Urth). It follows the Umerican zine tradition began by Crawling Under a Broken Moon. Issue #3 focuses on warfare and military operations in the lunar trenches. New mechs, artillery weapons, jumpsuits, and demented enemies abound to torment your PCs. There are battles raging and we need new recruits to wage war and kick ass on the Mutant Moon! 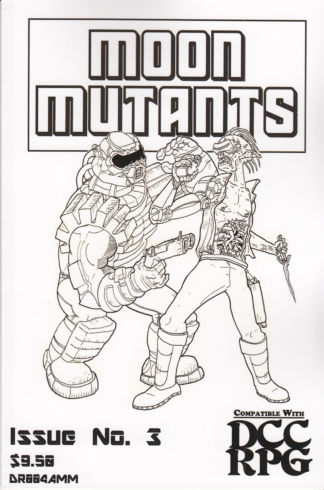