The SCIENTIFIC BARBARIAN D2 Death die is a zinc coin about the same size as a half dollar, tumbled for extra shininess. 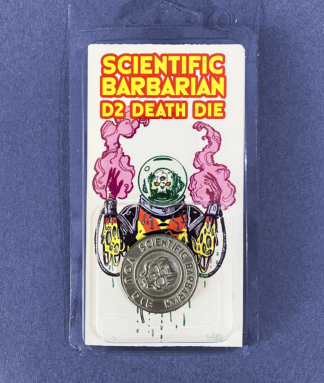