Fight This Mini No.3: Macroid

Fight This Mini No.3: The Macroid is the first in a series of expansion monsters for the Fight This Mutant book published by Mudpuppy Games. Each Fight This Mini 3D-printable miniature comes with a PDF stat sheet in the same format as Fight This Mutant, and contains all the information you need to run this monster in any d20-based post-apocalyptic or fantasy role playing game. 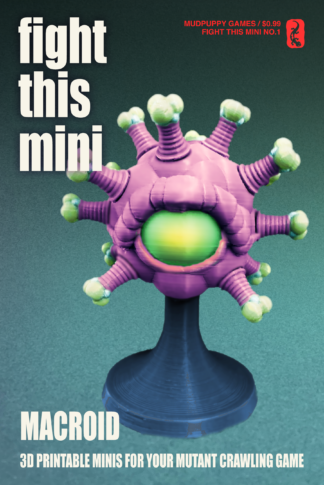